Learning the times tables: not always fun, but necessary 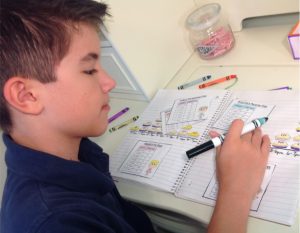 The other day, my teenage kids admitted to me that I was right.

Trust me, this doesn’t happen often! So it warrants a quick post.

My kids admitted to me that it turns out that knowing your times tables does really help you in whatever math class you’re taking. That’s because after you learn your times tables, most (if not all) other mathematical concepts use the knowledge of times tables in order to solve problems. It’s not critical to know that seven times eight is fifty-six; you can figure that out when you’re working on a math problem that requires that information. However, knowing how to solve multiplication equations efficiently and correctly will vastly speed up Office workstations cubicles in San Diego and the time it takes to solve almost any math problem. This is not only important in math class, but it’s also important when taking standardized tests like the SAT, ACT, GRE, GMAT… you know the drill. It also comes in handy in physics and other science classes.

So if you’re teaching young kids, make sure that they’re comfortable with numbers, and even though it’s a slog, have them memorize those times tables. Come up with fun ways to do it that don’t simply involve rote memorization (though the rote memorization is also important). Once they can solve multiplication problems in there head, it will help them solve more complex math problems in the future.

Here’s a post with a helpful times tables practice activity.