Flags of the World Matching Game 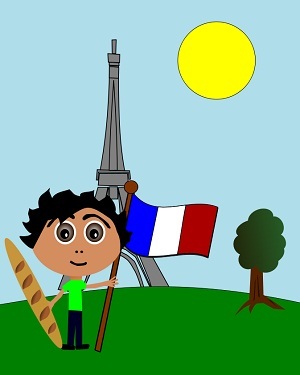 Here’s a free download of a flag matching game for kids in sixth, seventh and eighth grades (during their final years of elementary school or in junior high school). It might also be used by high school students.

There are lots of countries in the world, and each one has its own special flag. This game gives but a taste of the various countries and their flags that exist throughout the globe – but it’s enough to help build an appreciation of geography and of the countries interspersed throughout the world and the flags that their peoples choose to represent them.

Cut out the flag cards and the country name cards, and then shuffle them up. Match the country name cards with their corresponding flag cards, and place them together under the correct continent where the countries can be found (North America, Europe, Asia, and so on). The continent cards in turn should be placed under their respective hemisphere cards (Northern Hemisphere and Southern Hemisphere).

Playing this game may require some studying beforehand – most students are unlikely to know all of the flags included in this game before playing. However, they might be able to guess at some – it might be fun to see how many they are able to get right before studying them! – and it will give them an impression of how vast the world is, how many different countries there are, and where on Earth they’re located. While you’re at it, you might also want to teach them a phrase or two of the languages found in the countries they’re learning about. Where different countries and their languages and cultures, there are lots of interesting things to teach and learn.

Have fun with it! 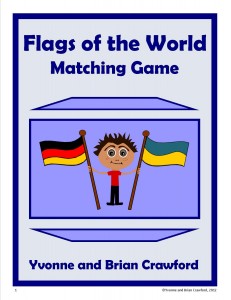