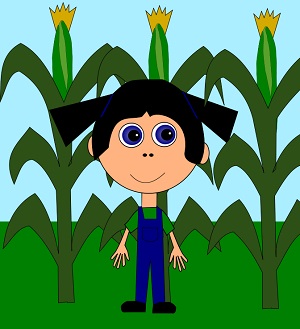 Here is the Common Core at a glance for the fifth grade, available as a free PDF download at the bottom of this post. This graphic shows the percentage of Common Core standards per Common Core domain, as laid out by the Common Core State Standard Initiative.

While I’ve divided up the skills per domain and shown where the Common Core focus is for this grade level, this doesn’t necessarily mean that teachers should be teaching all of these standards throughout the year using these percentages as a guideline… some skills will of course take longer for students to learn, practice, and review than others. Nonetheless, it is interesting to use this pie chart to see which domains have what focus during the fifth grade year. For example, in the fifth grade, a larger focus is placed on working with fractions; during this school year, students will be learning to add, subtract, multiply, and divide fractions and work with fractions and whole numbers.

Here are some of the fifth grade mathematics skills according to the Common Core State Standard Initiative:

The Common Core State Standard domains for fifth grade mathematics are broken down in the following manner:

The various Common Core skills that students will be learning and practicing during this academic year can be found beneath the headers showing the various percentages of skills learned per Common Core domain.

I hope that this resource serves as a useful tool throughout the fifth grade year! 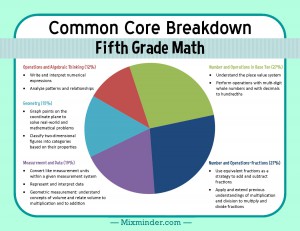 Teach your child the upper case alphabet with these free lesson plans and worksheets.

Teach your child how to write by hand using cursive letters in both upper and lower case.

Teach your child math by combining the creativity of scrapbooking with the analytic problem solving of mathematics.