Being comfortable with numbers 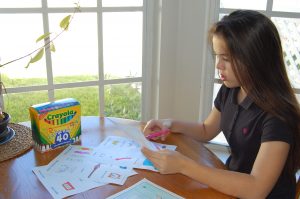 When students start learning mathematics at a young age, they’re going to either adapt to the concept of using numbers and symbols, or not. If they don’t, this might instill in them a common phenomenon – the “I’m not good at math” phenomenon. Once a student thinks they’re not good at math, it becomes true… they won’t be comfortable around numbers, and fear will keep them from learning to their full potential.

This is why I think it’s better to have students succeed at performing easier math than to challenge them with more difficult math. This is not to say that students who are already good at math should not be challenged, see more ideas here. But for those students who fear numbers, giving them easier tasks that they are able to succeed at will bolster their confidence and remove their fear of numbers.

One way to achieve this is to make math fun. Give your students fun math glyphs or puzzles and avoid long, boring, http://mixminder.com/being-comfortable-with-numbers/ repetitive rote math drills. Whatever you can do to remove their fear of numbers and instill a love of mathematics will help them as they grow as students.