Five Reasons Why We Moved Our Family Abroad 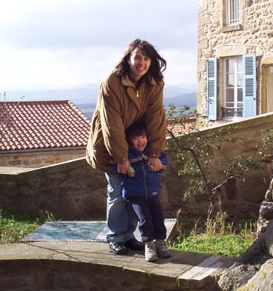 Yvonne writes: “Why in the world did you move away from the United States?” is a question that I’m asked quite often. People automatically assume that the reason my family is living abroad is that my husband is serving in the American military, but he’s not… in fact, he’s not even an American citizen. My husband and I had our own personal reasons for moving abroad, so I thought I’d share them here with our readers so that you’d understand why we decided to go for it.

1. To learn a foreign language

In the United States, learning a foreign language is not a priority. It is something you might start to do in high school; some people even wait to do so until they are forced to while attending college! My husband and I have always enjoyed learning foreign languages and we wanted our children to start experiencing life in a foreign language while they were young enough to gain native or near-native accents. We also wanted to improve our own language skills. Living in France has provided us these opportunities – our children attend school taught in French during the day, and we have ample opportunities to practice speaking French while out and about in public.

2. To learn about different cultures

As with learning foreign languages, my husband and I also love learning about different cultures and their histories. We wanted our children to grow up understanding about more than a single culture so that they would have open minds and see how different things can be depending on where in the world you’re located.

Often, while living in the United States, I felt that while I was living life, I wasn’t truly living life. A year would pass, and then another year would pass… and I was starting to feel that I wasn’t living my life to its fullest. I needed to mix things up a bit in order to get out of the rut I was in! Don’t get me wrong, I realize that many people love and rely on stability… but I personally like a little chaos in my life (albeit not too much chaos)! 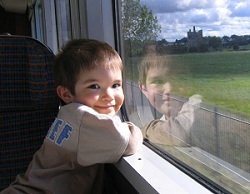 4. To slow down life

Life in the USA isn’t as speedy as it can be in some countries, but it is definitely more fast-paced than where we live now, in the French countryside. A lot of “keeping up with the Joneses” goes on in the States, and I was starting to get tired of that. I feel that when you pick up and move you have an opportunity to start things afresh. True, you can recharge your life no matter where you are, but I find it easier to do when you relocate to a new place, with a new house, new friends… and yes, new food!

I’ve always loved Europe! As far back as I can remember, I recall dreaming about wearing wooden shoes and gazing at windmills in Holland, eating crusty baguettes in France, and climbing tall mountains in Switzerland. I was lucky enough to travel Europe quite often during my twenties and I even lived and taught English as a foreign language in Hungary for a year. As a family during the mid-2000s we lived in Clermont-Ferrand, France for six months and in Dublin, Ireland for eight… but this time, I wanted to commit to something more permanent.

Finally, after constantly saying, “one day we will move back to Europe!” We actually did! We moved to France in January of 2011 and have since embraced the lifestyle changes we have experienced. Moving abroad is not for the faint of heart as life abroad is not nearly as convienent as it is in the USA or in Canada, but there are so many experiences that life abroad can offer. My children are now near-fluent in French and our life has slowed down considerably. We get to travel around Europe during French school holidays, and once again I am embracing life the way I did in my twenties!